The Full Electronic Configuration For Moscovium

How do we write the full electronic configuration for moscovium, 115Mc? 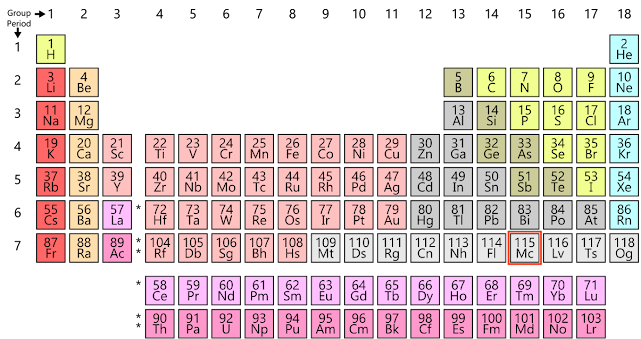 In December 2015, four new elements completed the 7th period of the Periodic Table. These elements were officially named by IUPAC in November 2016.

One of these elements is Moscovium (Symbol: Mc). It was named after the Moscow Oblast in which the Joint Institute for Nuclear Research, where the element was synthesised, is situated.

Elements in the Periodic Table are arranged in the order of how electrons fill up the subshells in each principal quantum shell.

If we repeat the above process for each period till we arrive at Mc, we will obtain the following electronic configuration,

By rearranging the principal quantum shells in increasing order, we now have the full electronic configuration for Mc,