Regarding That Green Tea Experiment You Saw In China ... 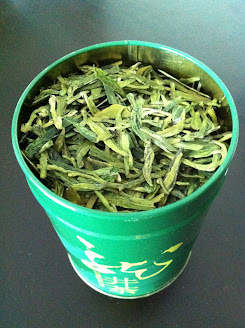 What was really memorable was the mandatory sales pitch on their tea products. For those of you who have had the experience of being herded to such a sales pitch in Hangzhou, you would probably find the following demo very familiar.

Okay, granted that the guy in this video is not that pretty Chinese lady performing the demo at the tea plantation, the procedure is the same:

After this 'amazing' demo, everyone present gets suckered into buying packets of Longjing tea leaves or bottles of green tea extract.

I, too, was no exception. After one such demo during my China trip, I happily and willingly parted with my money for 2 kg of Longjing tea leaves! And no, I bought many packets of tea leaves not because of the demo. Really. In vivo studies such as this have shown that tea catechins are indeed effective antioxidants. The many health benefits aside, I absolutely love the delicate fragrance of Longjing tea. (Of course, the very convincing sales people helped too!)

But does the above experiment actually demonstrate the antioxidant properties of green tea? 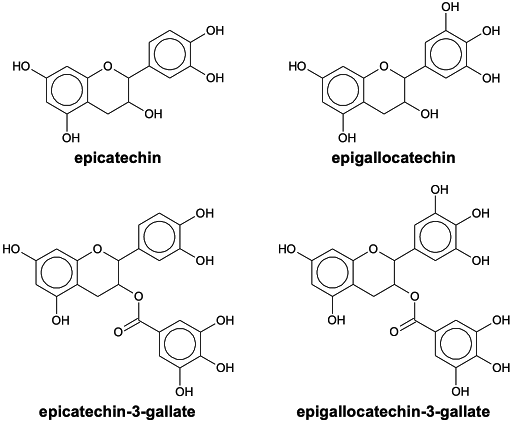 Phenol groups are highly activating. When aqueous iodine is added to a phenol, electrophilic aromatic substitution of benzene hydrogens by iodine occurs:

Note:
(i) Only the mono-substituted para product is shown here.
(ii) It is also possible for iodine to substitute at the ortho-positions.

From a chemical perspective, I think what happens in the demo is as follows:

While a redox reaction has occurred — the phenols have been oxidised at the benzene carbons where iodine has substituted the hydrogens and iodine has been reduced to iodide, the actual antioxidant mechanism is much, much more complicated than this. In fact, research such as this has shown that the mechanism involves free radicals. Simply put, free radicals in our bodies cause cell and even DNA damage. Antioxidants such as catechins help reduce the damage by 'mopping up' these free radicals by forming less reactive radicals or non-radical molecules.

Whether or not the above demo actually shows the antioxidant prowess of green tea, most people will agree that it is fun to watch. More importantly, to the sales staff performing the experiment, when the blackish colour of iodine disappears 'magically', it sends a powerful and convincing sales message to the layman – green tea cleans up your system efficiently and effectively, so for your health's sake, (BUY and) drink plenty of it!

And this is how everyone watching such demos almost always ends up buying packets of tea leaves and bottles of green tea extract that they probably would never consume unless they are already habitual Chinese tea drinkers!

P.S. An elderly gentleman named Leo Kwan ranked tea leaves in order of their catechin content on his Tea Guardian website. I don't know if he had based his list on empirical evidence, but he does seem to know a lot about tea.